By now, you have no doubt heard of the continuing saga of Jeremiah Oliver. He is the 5-year-old boy from Fitchburg who has been discovered missing. The criminal investigations into the child continue to date.

Recently, the Department of Children and Families (“DCF”) has been ridiculed because of its handling of young Mr. Oliver and his family.

As you know, my legal career has been spent in the criminal justice system. Over the last several years, however, it has become necessary to represent clients in their dealings with DCF. As I have mentioned from time to time, I have found DCF to be, in a word, a nightmare.

In my various dealings with DCF, I have handled only one matter in which I can say that the DCF folks involved seemed to have any interest whatsoever in doing the “right thing” or keeping a family together. Sadly, I have found it usually seems the opposite.

Ironically, my criticisms are somewhat different from those currently being made about DCF’s handling over the Oliver matter. However, I would contend that things do not happen in a vacuum. The fact that the Massachusetts Mess known as DCF apparently failed as alleged in the Oliver matter does not mean that it does not regularly fail in its other actions. Quite to the contrary, really.

And, it would seem, things are not likely to change.

As the new year begins, let’s indulge the fantasy that DCF truly cares and wishes to improve things going forward. Let’s first look backwards alittle bit at the Oliver case and what it seems to instruct us.

Young Jeremiah lived with his mother and siblings. According to DCF, the family had been receiving “support” since a September, 2011, investigation in which DCF found a complaint of neglect “supported”.

For those of you who have been lucky enough not to be initiated, we will review what all that means as the week continues.

As time went on from the original supported concerns, DCF was charged with keeping an eye on the family. Suddenly, however, there came reason to believe that something was very wrong. Basically, it became clear that 5-year-old Jeremiah had disappeared.

Eventually, someone woke up DCF and law enforcement became involved.

Finally, Mother Oliver was brought to Fitchburg District Court on charges that included reckless endangerment of a child and accessory after the fact of assault. By the end of that hearing, she was sent to be evaluated because of her history of substance abuse, belief that people have been poisoning her and overall state. She was taken to Worcester Recovery Center to be evaluated.

Mother Oliver’s 22-year-old boyfriend, Alberto Sierra, also faced two counts of assault and battery on a child causing bodily injury in connection to an incident with Jeremiah and his 7-year-old sister. He was held without bail pending a dangerousness hearing.

Meanwhile, eager to show that, unlike DCF, prosecutors were not sleeping at the wheel, the district attorney’s office said the case could be treated as a potential homicide.

We do not yet know whether the Commonwealth will hold off such charges until they determine whether or not the child is indeed dead.

At any rate, now that the travesty became public, DCF had to act fast. It was important that find expendable parties to blame. This way, the department could simply chalk the failures up to certain rogue individuals and not the department as a whole. After all, unfortunate questions were being asked involving the failures of DCF to make monthly visits or follow up on troubling reports. Shortly thereafter, DCF officials released the statement that “This case represents a serious failure on the part of the social worker and supervisor assigned to the family…Both have been terminated.”

In other words, “See? Everything’s okay now! We got rid of the bad apples!”

Mother Oliver’s two other children are now in the custody of the state Department of Children and Families, lord help them.

Are they now in the kettle or the flame?

Attorney Sam’s Take On The Tip Of The DCF Nightmare

“Sam, isn’t your complaint about DCF that they are overly zealous?”

I suppose you could view it that way, but actually….no.

My complaint is that they act in unfair and nonsensical ways with little to no concern as to how many lives are ruined and families destroyed. At least, that is my opinion given my experience with the department.

In this case, we see that a problem, which I would submit is systemic in the department, that has risen its head. Rather than trying to truly figure out where improvements need to be made, the rush was to cut the particular drones who had been assigned to the Oliver family.

“But wouldn’t that make sense?”

The question should not be whether these individuals messed up. It should be how did all this happen. That would include an inquiry into the qualifications and supervision of these individuals.

Sadly, the Oliver fiasco is but the tip of the iceberg when it comes to judging DCF. True to form, however, the department is doing what it can to make sure that any inspection goes no deeper.

I have more horror stories in my memory banks concerning DCF than I have time to post.

But then again, the week is young and I intend to devote a few more postings this week to this story, and others, and try to help you understand what you are going to be dealing with when DCF comes knocking on your door.

It will not be warm and cozy!

To read the original story upon which this blog is based please go to http://www.myfoxboston.com/story/24244184/social-workers-fired-in-missing-fitchburg-child-case 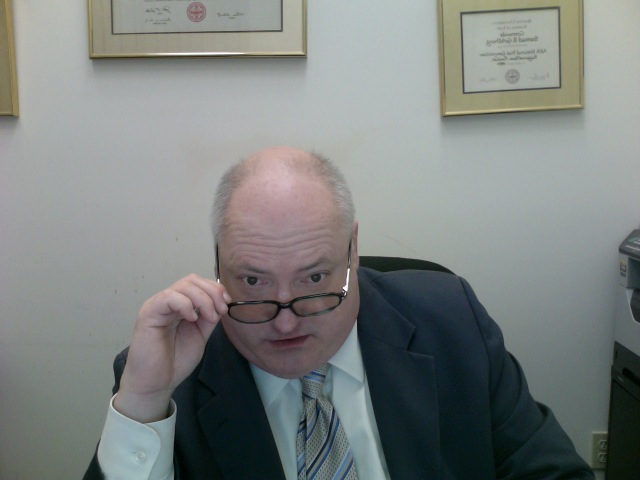