23-year-old Isaiah Murphy of Dedham (hereinafter, the “Defendant”) is in a great deal of trouble. His alleged crimes in two robberies may well bring him the blame for many more.

You may have noticed over the past months that there had been a rash of robberies at various Dunkin’ Donuts shops in the Commonwealth. Well, the Defendant has been arrested for allegedly robbing a particular Canton Dunkin’ Donuts twice (on June 30th and July 24th). Now, the former Dunkin’ ex-employee is being considered for responsibility for more than a dozen other Dunkin’ robberies
While the Defendant has not yet been charged with the other robberies, there was no stopping the Commonwealth from arguing the suspicion at today’s bail hearing.

“There are 15 other communities that have received the same type of masked robberies,” Assistant District Attorney Chris Meade told Judge James Sullivan. He further went on to argue that the suspect in both of the Canton robberies (the ones the Defendant had been charged with) wore similar dark clothing.

According to a Canton police report, authorities Monday recovered two shoes, including a pair of Nike “Free Run” sneakers, .45-caliber bullets and BB gun pellets at the home.

The Defendant, though counsel, requested that bail be set between $5,000 and $10,000 and argued that he should not be given extra bail on the basis of suspicion of the other crimes. Moreover, he stressed that police did not recover a gun allegedly used in the Canton robberies.

The Massachusetts bail hearing ended, as one would imagine. The Defendant was held on high bail ($200,000).

Clearly, on the basis of the two robberies, the Defendant was likely to be facing heavy bail anyway. However, could the court rightfully consider the suspicions of connections to other robberies in determining bail?

Attorney Sam’s Take Massachusetts Bail And What May Be Considered

While it may seem unfair, the court can consider things like the suspicions regarding the other crimes when determining the issue of bail.

“But, Sam, how is that fair? He has not even been charged for those robberies, much let proven guilty.”

True. However, the issue for bail is not really the question of guilt or innocence. True, the strength and weakness of the prosecution’s case is routinely taken into account. However, that is (at least supposed to be) in order to determine a defendant’s likelihood to return to court on his or her own.

The issue at a bail hearing is purely whether the defendant is likely to return to court.

“What about the consideration of whether or not the defendant is a threat to the community?”

When the Commonwealth alleges that, they are seeking to have the defendant detained without bail for a time in order to protect the community. There is no indication that they attempted to do so here. However, should the Defendant be indicted for more than the original two robberies, it is quite likely that they will move for the so-called “Dangerousness Hearing” and hold him without bail. 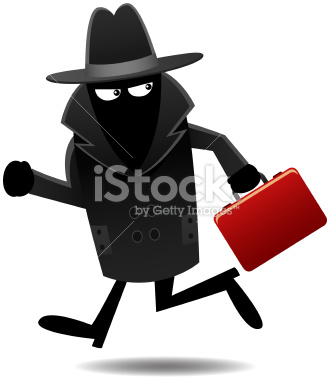 Have a great, safe and law-abiding Thanksgiving!

To read the original story upon this blog is based, please go http://bostonherald.com/news_opinion/local_coverage/herald_bulldog/2013/11/dunkin_donuts_robbery_suspect_held_on_200g_bail